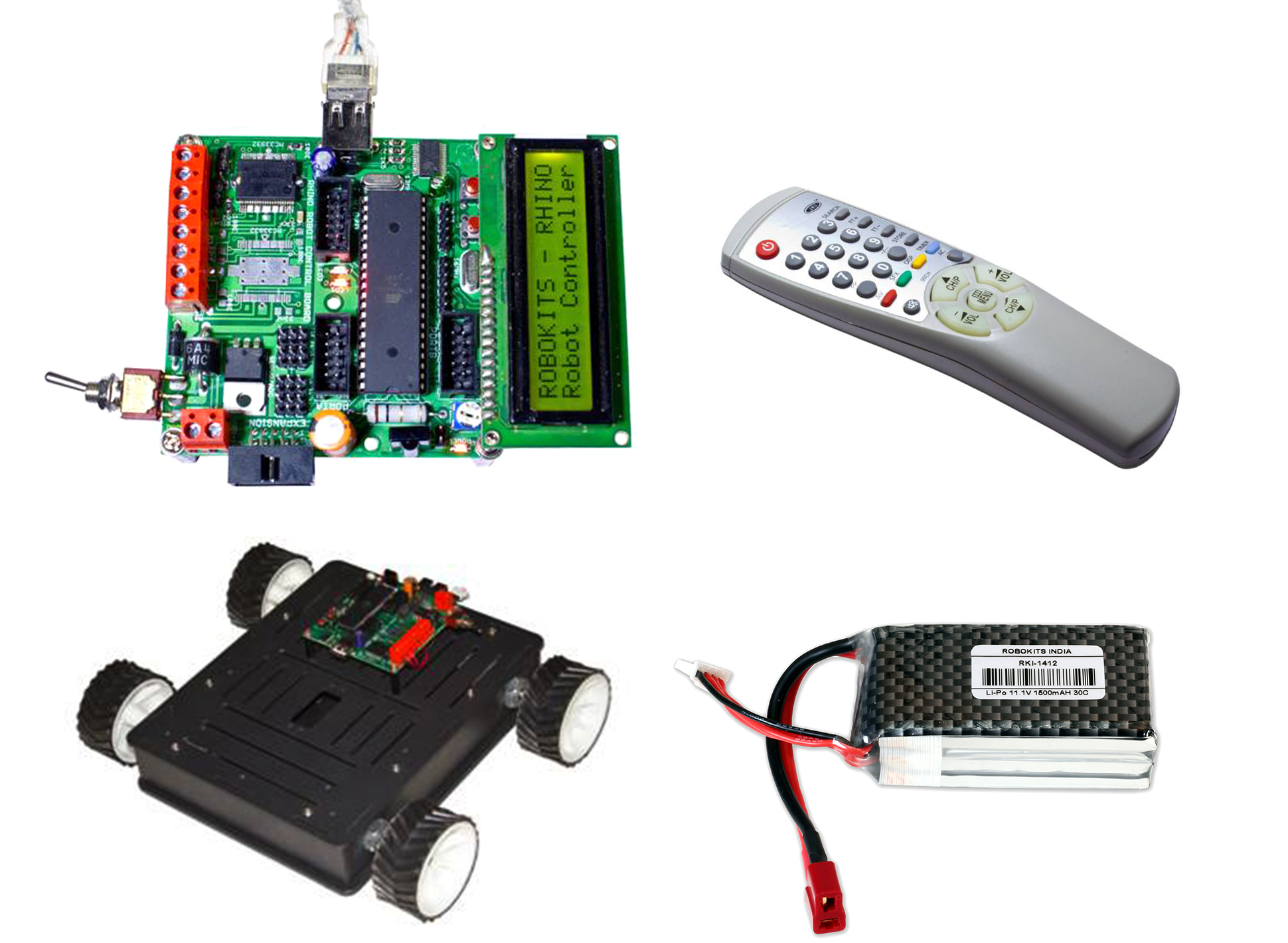 * It’s not necessary to use the same items, you can use any similar items. However some coding may need to be changes as per hardware if it’s different this listed above. We have chosen a general purpose chassis with 4 motors. An 11.1V 1500mAh battery is mounted inside with cable ties. Rhino Board is mounted on top and Battery and motor connections are made to the board. A TV remote control which is working on RC5 protocol is used.

#2.2>Which remote to choose? I have a remote, How do I test is it compatible?

Any remote with RC5 protocol will work with this board. Most TV remotes work on this protocol. If you are not sure what codes each button is transmitting check code 013 – IR Remote Tester in sample codes folder. GETRC5() function will return received RC5 code on call. If your remote is compatible with Rhino board it will show some value less than 255. If you get different values on different buttons that remote will work.

This code will also help to know codes for each button. Different remotes transmit different codes on same buttons, so you will need to know first which buttons you will be using to control the robot and what are the codes for that.

If you don’t get any number on LCD display after flashing this code, your remote will not work.