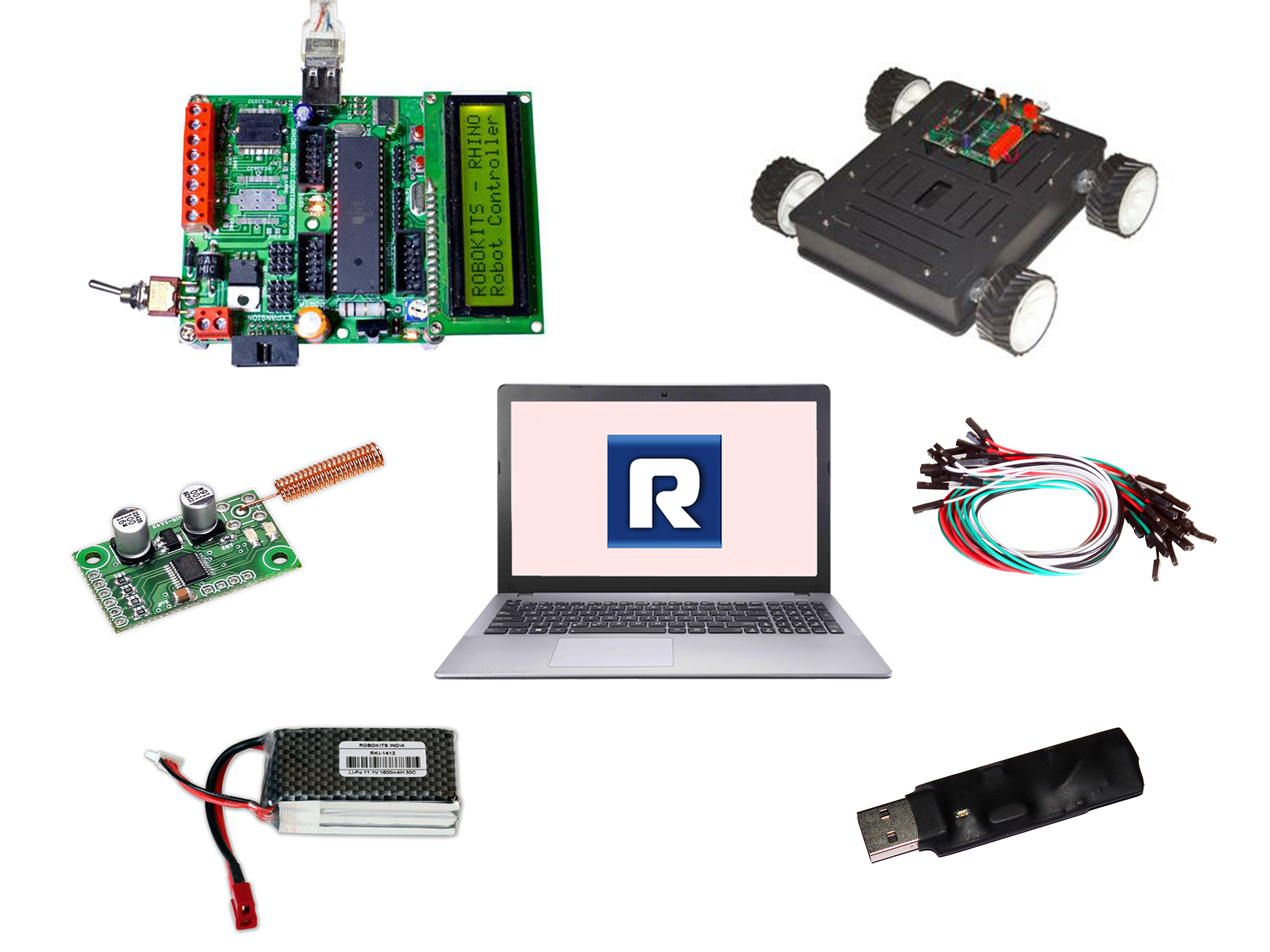 PlayStation controller is actually a Video Game controller remote for Sony’s PlayStation 2 and PlayStation 3 gaming consoles. The wireless variant of this controller is used widely for manual robot control. There are many reasons for this, first is its cheap and easily available, second is it has 16 buttons and 4 analog inputs which means a great control over robots and connected accessories. We will be using the same remote for our application. The bad part is these remote controls don’t come with easily usable pin outs. They have a connector for PlayStation compatible connector. So you will either need to buy a ready made modified controller or you will need to buy a controller and modify it yourself. Also note that Wired PlayStation game pad can also be used with this board provided that all connections are correct.

* We highly recommend above parts as the application note is specifically build using all of above items. It’s not necessary that you use the same items listed above. You can also use any similar/higher configuration items. However you may need to make some changes to the code to make necessary adjustments.

#3>Resources used for in this tutorial: With Pan-Tilt and PS2
Wireless Receiver

We have chosen a general purpose chassis with 4 motors. An 11.1V 1500mAh battery is mounted inside with cable ties. Rhino Board is mounted on top and Battery and motor connections are made to the board. A modified PlayStation Wireless Remote is used.

There are in total 16 accessible buttons on transmitter. 4 is digital keypad on left side which is called UP, DOWN, LEFT and RIGHT. Other 4 buttons are on right side which are named A, X, D and O. 4 buttons are on top called L1 and L2 on left side and R1 and R2 on right side. There are 2 buttons in center for Start and Select and 2 more when you press joystick which are called JL and JR.

Apart from these there are 2 Joysticks which are 2 axis ones. So both joysticks will give total of 4 analog outputs which ranges from 0 to 255. When they are in normal position (center position) they give value 127 or 128.


The wireless PlayStation remote has a receiver which will be connected to Rhino board. The connection should be done on the LCD connector. Its obvious that LCD will not work if PSx receiver is connected. PS2 Receiver used here has following pinouts.

Detailed working of protocol is out of the scope of this document but you can search on the internet for the same.

The main thing to understand is the receiver is continuously communicating with Rhino Board and the transmitter. Rhino Board should continuously send commands for polling data from receiver. This is done through function PSXPOLL(); . This function updates input data to all PSx variables like LJOYX, LJOYY, RJOYX, RJOYY, PSX_L1, PSX_ST etc.

#6.2>Code 2 : Making a Wireless PlayStation Remote Controlled Robot with or without Pan Tilt